Sepideh Salehi was born in Tehran where her passion for painting and drawing was clear from a very young age. As a child she began oil painting classes with well-known Iranian painters and found that the creation of art was her life’s goal. It still is. In Iran she obtained a Bachelor of Arts in English Language and Translation and had an opportunity to share her love of learning as a teacher to younger children. In her twenties, she moved to Florence, Italy to dedicate all her time to her love of art. After obtaining a Master’s Degree from Accademia di Belle Arti of Florence in Painting and Video Art she was granted a teaching fellowship and taught painting and mixed media classes at the Belle Arti . During her time there she also studied pedagogy and conducted a number of workshops with children. In 2008 she moved, along with her husband, who is also an artist, to the United States. Her mixed media and videos have been exhibited in museums, galleries and art fairs in Italy, France, Switzerland, New York and Los Angeles. Some of the venues for her shows include, Art in Isolation at the Middle East Institute, Washington DC, Bridge Between You and Everything curated by Shirin Neshat at High Line Nine,New York, Photo London,Somerset House London, Mirrored Re-Collection at the University of Maryland Stamp Gallery,REVEAL at The Space by Advocartsy LA,, Patterning curated by Samantha Friedman at Kentler gallery, Brooklyn, NY, STRAPPA Rogue Space Chelsea NY, Craft and Folk Art Museum LA, Tribeca Video Art NY, Centre for Contemporary Art Luigi Pecci, Virgiliano Museum and International Bologna Art Fair Italy. She had lectures and talks at NYU, the university of Maryland, Loyola university in Baltimore, Belle Arti Academy in Florence and the Pyramid Atlantic Art center MD. She was mentor for immigrant artist at the New York Foundation for the Art for four years. Her work featured in many magazines, some of them are Vanity Fair, Financial Times, W Magazine, Wide Walls, East City Art, BBC, Los Angeles review of Books, Huff Post, Art Radar and Where’s Art. Sepideh was Pesteh’s class teacher at the Pardis for children (2013 – 2016) during those years she designed and led workshops at the Asia Society. She Currently lives and works between Washington DC and NYC. https://www.sepidehsalehi.com 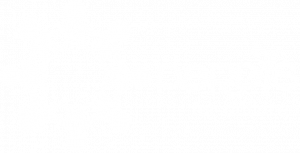